Abide Agency Commercial Insurance is a Florida based Independent Insurance Agency. Being an independent agency gives us access to 100's of insurance companies so we can shop for the best value for the insurance dollars you have to spend. 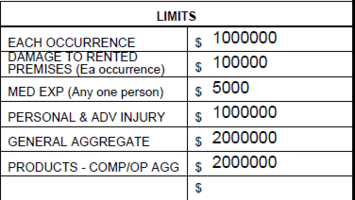 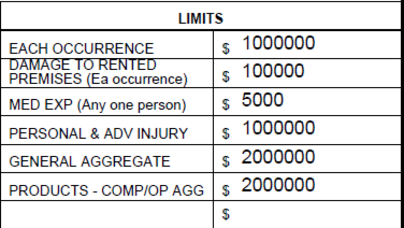 Products/Completed Operations: Products coverage is provided for damages arising out of products
manufactured, sold, handled or distributed by the insured. Completed Operations covers damages occurring
after operations have been completed or abandoned, or after an item is installed or built and released for it’s
intended purpose.

Medical Expense Limit:Medical payments coverage pays medical expenses resulting from bodily injury
caused by an accident on premises owned or rented by the insured, or locations next to such property, or
when caused by the insured’s operations. These payments are made without regard to the liability of the
insured.

Personal Injury: Personal Injury means injury other than bodily injury. Coverage is provided for injury
resulting from offenses such as false arrest, malicious prosecution, detention or imprisonment, the wrongful
entry into, wrongful eviction from and other acts of invasion, or rights of private occupancy of a room.
Coverage for libel and slander is also provided in the policy.

Each Occurrence: Each occurrence is considered to be an accident, which could include continuous or
repeated exposure to the same harmful conditions. An occurrence can also be a sudden event, or a result of a
long term series of events.