Steve Chesnut, the owner of Abide Agency, has been providing insurance services to South Florida since 1999.  Married to Beverly Chesnut, a Christian Marriage and Family Counselor in Fort Myers, Florida.  Steve and Beverly have 4 children, Krista the VP of Abide Agency and top producer. Steven Jr is a pastor in Texas at Milestone Church, Jonathan is a police officer, and Corban owns Captiva Pizza on Captiva Island FL.   The first three are married and have provided Steve and Beverly with 8 grandchildren.

Steve has had many areas of employment that have assisted him to be in the position he is in now as the owner of Abide Agency.  When Steve and Bev were first married Steve had a construction crew building residential homes. Steve was then hired by United Parcel Service to be a driver.  After driving for UPS for 3 years he was promoted to Southwest Florida Personnel Supervisor, quite a jump.  After serving in this position he was promoted to an Operations Manager in Ft. Myers.  But as always, God had other plans for Steve's employment future.  An opportunity came about to purchase a restaurant on Ft. Myers Beach that was totally God-directed.  So Steve and Bev bought the restaurant and left the security of UPS. To hear more about this amazing event, call Steve. For 10 years the Island Deli & Catering on Ft. Myers Beach was a business and outreach to the community. Our children grew up in the business and learned customer service and a good work ethic.

Time for another change.  In 1990 individuals came to Steve and wanted to buy the business.  What great timing. Beverly had just started her studies to become a Counselor.  The restaurant was sold and Steve became a stay-at-home dad.  After Beverly received her BA we moved to Texas so she could finish her schooling.  I never thought we would move to Texas.

In Texas Steve managed a Jason's Deli store.  Beverly finished her double master's degree program in three years and Steve was hired to be a manager for Cracker Barrel in Greenville South Carolina.  After managing the Greenville store Cracker Barrel offered Steve a management position at a Cracker Barrel in Ft. Myers, Florida. Imagine that.  The move back to Ft. Myers took place and our family went back into the house we had been renting to some friends.

After a couple of years at Cracker Barrel changes were coming again and this was 1999.  This is when Steve started his Insurance career.

Why did I give all the above details?  When trusting someone to provide your insurance needs you want someone who has the experience and know-how. From construction to UPS to restaurants the knowledge needed to be successful in these business ventures prepared Steve to assist you in all your insurance needs.

One final bit of information… Abide Agency how did we get the name?
Abide Agency is based on John 15:5 "I am the vine you are the branches.  He who ABIDES in Me and I in him bears much fruit; for without Me you can do nothing.

I look forward to working and talking to you. 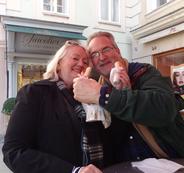 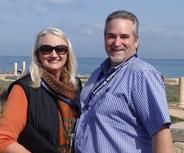 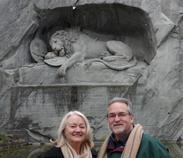 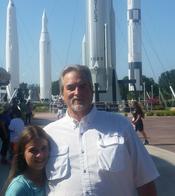 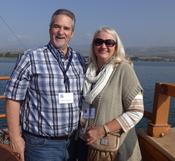